Gifts That Can Keep on Giving: Valuing Third-Party Donors 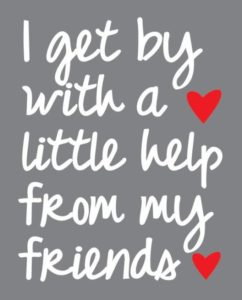 These days, a confluence of issues I’m passionate about come together around peer-to-peer fundraising. There’s embracing technology, encouraging greater diversity, and always, doing more to build relationships with donors.

Each time you get a donor by way of another donor, you’re receiving a double gift: a contribution, and an introduction to an individual who has given in response to an appeal. Those two factors alone make the growth of peer-to-peer fundraising a valuable windfall for nonprofits.

At the same time, it’s not effortless development. Recognizing that reality, and preparing for it, is key to third-party gifts that keep on giving. Here’s perspective that spotlights challenges and opportunities.

Who’s Giving and How Much

These stats, by way of The Agitator, highlight the development potential of peer-to-peer fundraising, while being grounded too. This is generally not high-roller territory. The possibility for growth is directly proportional to your response to third-party donors presented to your nonprofit.

Consider: The average raised through a peer-to-peer effort is $612, with a typical gift of $67 per donor; 8 third-party donors per fundraiser; and 62% of third-party donors new to an organization. Also significant, 71% of millennials have raised money for a nonprofit. Those are the twenty- and thirty-someones that you want to attract to your organization, for expanding the diversity of your donors and prospective board members, current and future.

Another standout stat, this about technology: 67% of peer-to-peer transactions are via mobile devices. This is the do-it-anywhere mindset and it pays — literally — to get onboard.

Those are the optimistic numbers. Here’s where the going gets rougher. The Agitator stats include a disappointing 28% of third-party donors give to an organization again. That’s 72% who don’t.

And it’s not a third-party donor phenomenon. The Fundraising Effectiveness Project warns that an average of 77% of first-time donors are lost to nonprofits. Boldface for emphasis.

Take a moment to let those stats sink in. Ponder what nonprofits are losing — what your organization is missing — in potential revenue. First-time/third-party donors are folks who’ve stepped up to give. They’re not would-be donors; they’ve hit the donate button and followed through. They’ve written the check and put it in the mail. Certainly, how and why first-time/third-party donors disappear is an issue that every nonprofit needs to examine.

Getting Proactive and Finessing Relationships

A recent article in The Chronicle of Philanthropy online, “Homegrown Fundraisers,” spotlights ways that organizations provide advance support to peer-to-peer fundraisers — also referred to as DIY events in the piece. Some nonprofits offer webinars that educate on their cause and event management too. Some have ready-made fundraising “toolkits” available to download, with tip sheets, publicity templates and other how-to resources.

Still other nonprofits designate a staff person as liaison to peer-to-peer fundraisers, to answer questions and take care that organizers and third-party donors are thanked.

That reach-out to third-party donors is critical for inspiring a DIY contributor to give again. Securing the turn from third-party donor to interested supporter to second-time contributor is the step-by-step work of building relationships. It’s about careful attention to acknowledging the initial donation. It’s informing about your organization’s programs and featuring your successes in dynamic ways.

It’s about communicating that donors aren’t dollar signs. They’re valued partners in a mutual effort to address a vital need.

Bottom line, remember that most third-party donors give out of loyalty to a peer, which means you’re welcoming donors who are loyal by nature. That’s a powerful trait. Seize the opportunity and demonstrate sound reasons to be loyal to you.

Get more advice on developing third-party donors into second-time contributors in my most recent Suggested by SJR resource roundup.